Offshore wind energy is favored by all countries with access to sea resources, because it is more consistent, requires less space, and creates less noise disturbance to their people. Compared to land, the sea is free of obstructions such as buildings and terrain, and therefore offers a more constant and more abundant wind flow. Furthermore, some offshore wind farms (OWFs) are situated so far away from the coastline that they do not compete with residents for land or compromise the shore view. Noises generated from offshore wind turbines also impact coastal residents less significantly than their onshore counterparts. 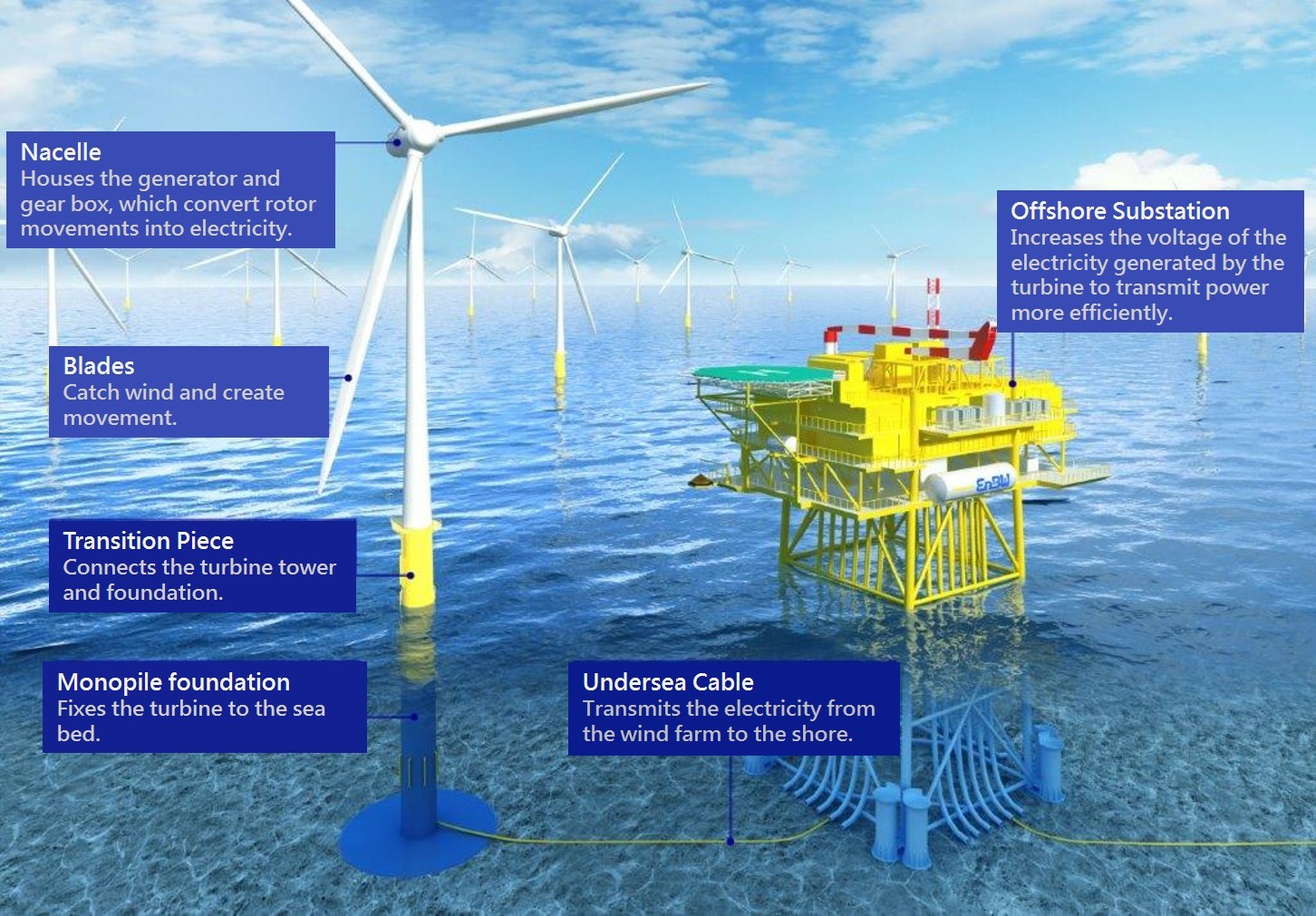 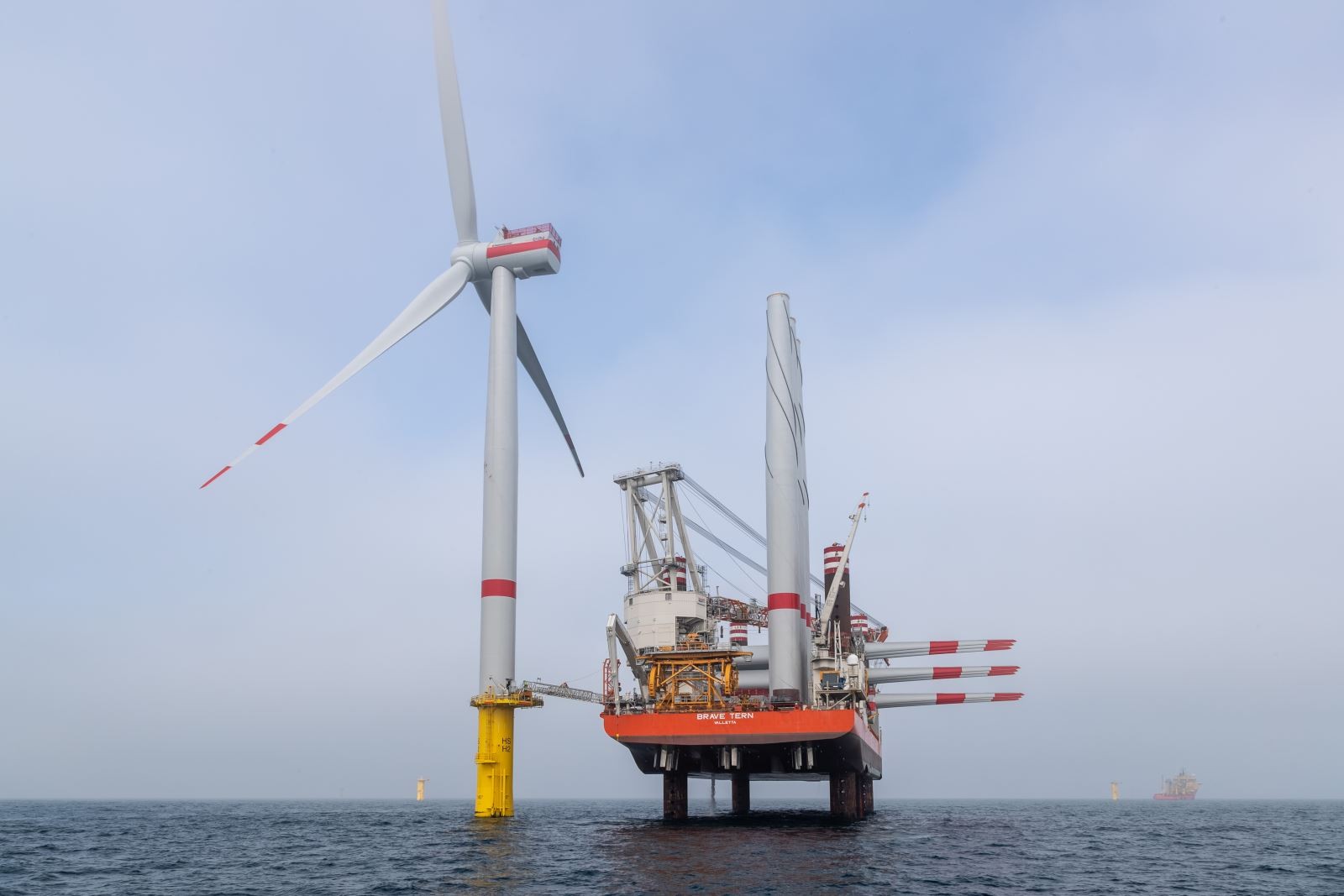 EnBW's new wind farm - Hohe See located in the North Sea. The blades are 75 meters long and the towers are over 100 meters in height. (Source: EnBW)

Blades and Nacelle
The blades and nacelle are positioned at the top of an offshore wind turbine. The blades turn as the wind exerts forces on the blades, which creates movement and spins the rotor that drives the generator and gear box in the nacelle located behind the blades and convert rotor movements into electricity. The length of the turbine blades varies depending on the designed capacity. Hohe See, EnBW's latest OWF in the North Sea, uses turbine model SWT-7.0-154 produced by Siemens Gamesa, and it was fitted with 75-meter length . [Note 2].

Tower
The tower is the backbone and support of an offshore wind turbine. The top of the tower is where the blades and nacelle are installed, whereas the bottom of the tower is fixed to the foundation. Generally speaking, winds are stronger the higher they are above the surface of the sea; therefore, taller towers allow for greater capacity to harvest wind energy. Hohe See, for example, uses towers that are more than 100 meters or 30 storeys tall [Note 3]. 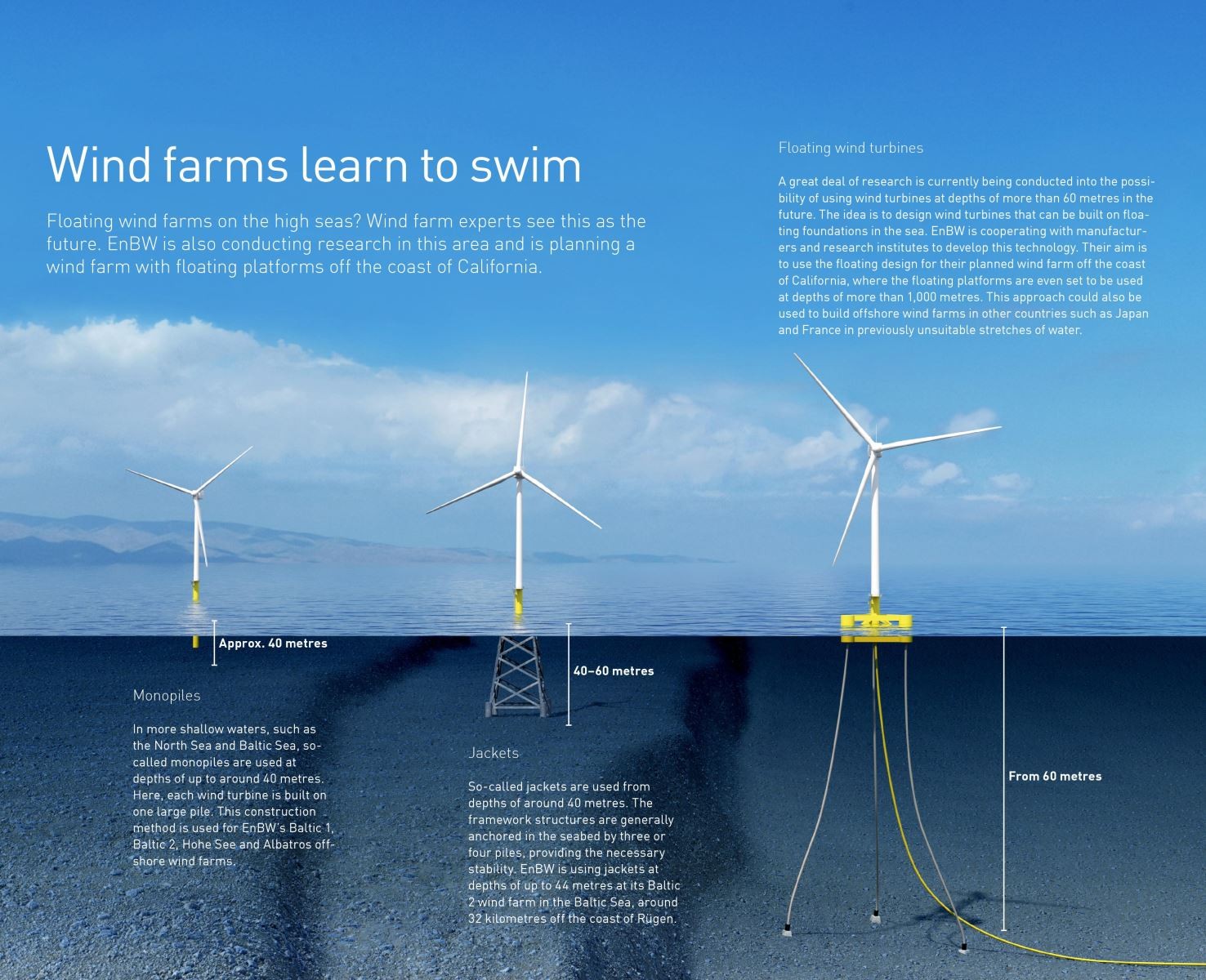 EnBW mainly uses monopile and jacket foundations, and is actively exploring the use of floating foundations. (Source: EnBW)

Foundation
The foundation is the legs that enable a turbine to plant itself firmly above the seabed. As technology evolves, wind turbines are being designed with higher capacity and to work in deeper waters, both of which require more sophisticated designs for the tower, as well as the foundation that supports it.

Meanwhile, EnBW is actively exploring the possibilities of a floating foundation that can be used further away from shore at seas more than 50 meters in depth. EnBW currently has plans to apply this technology on its Offshore Wind Farm off California, USA. 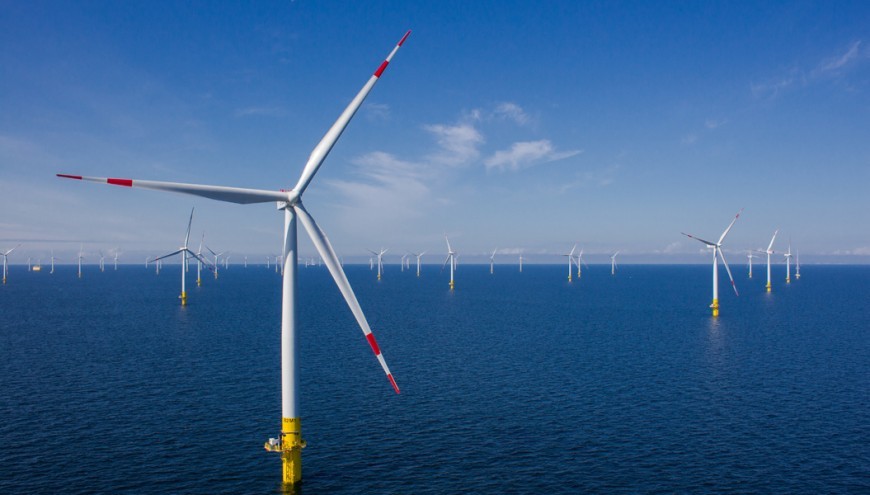 Offshore wind energy is a thriving industry all over the world, and countries with access to maritime resources are taking pro-active steps to accumulate know-how and experience in OWF development. In Taiwan, the government has responded to this trend with plans to construct hundreds of wind turbines along the western coastline by 2025, and thus improve Taiwan's energy independence and sustainability.

Although Taiwan started later then European nations in offshore wind energy, it possesses the advantage of heavy industries such as steel, carbon fiber and shipbuilding, as well as the government's unflagging support in bringing together a "Marine Team" and a "Wind Team" to realize the immense potentials of an offshore wind energy supply chain. 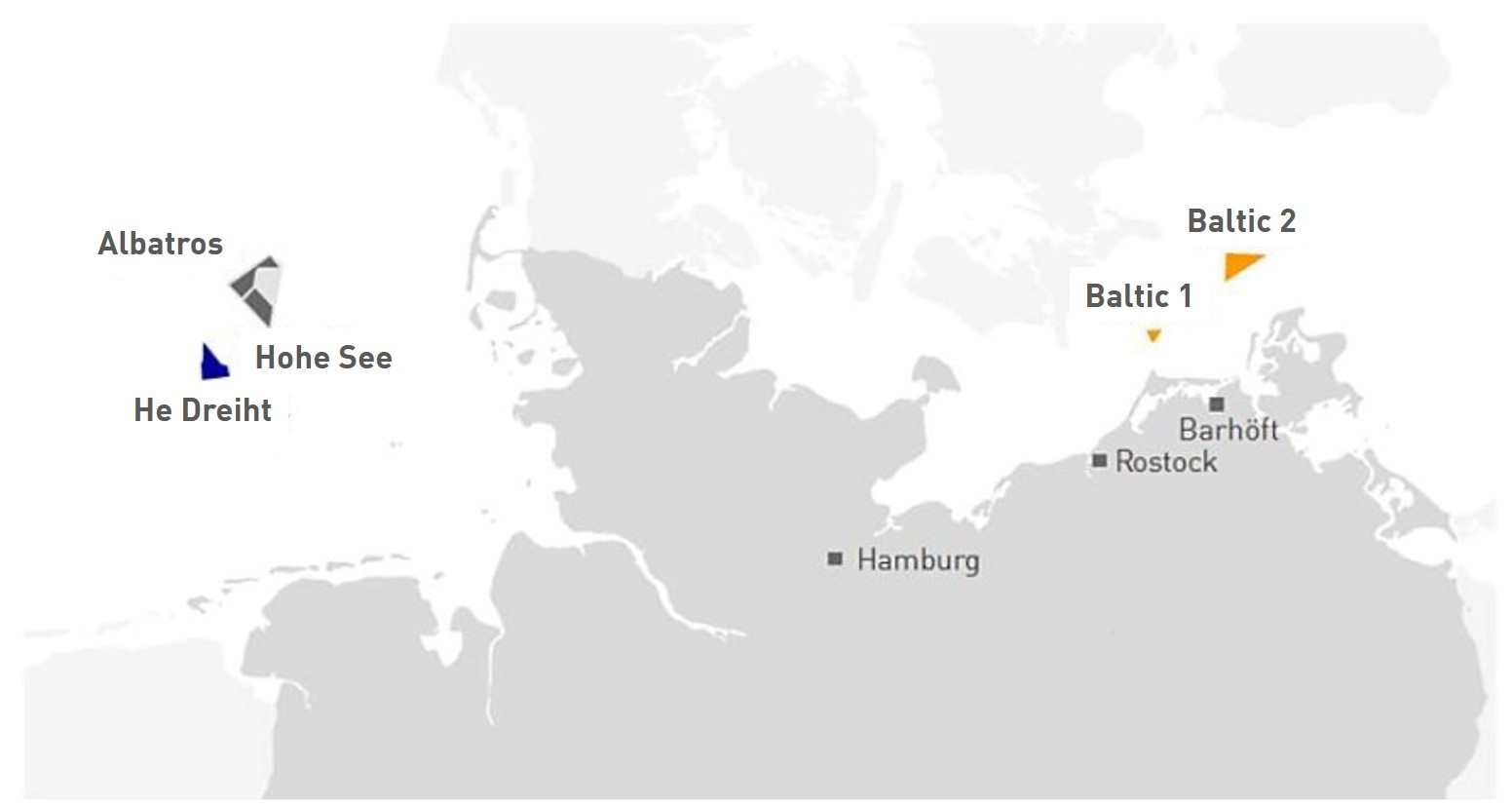 EnBW currently owns 5 OWFs in the Baltic Sea and the North Sea. (Source of picture: EnBW)

EnBW began development of Offshore Wind Farms in 2011, and currently owns 5 wind farms in Germany. The organization is actively expanding overseas, and aside from the Offshore Wind Farm off California that is about to commence development, EnBW is also partnering with Swancor and Macquarie Capital to invest in Formosa III, an Offshore Wind Farm located off the coast of Changhua in Taiwan. We look forward to this collaboration, and we hope to contribute EnBW's offshore wind power experiences and technologies in ways that will help Taiwan realize its energy and sustainability goals.